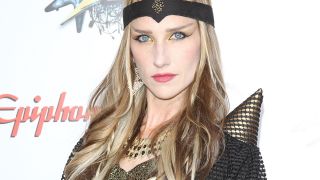 Huntress will release their third album Static on September 25, the band have confirmed.

The follow-up to 2013’s Starbound Beast has been helped by a PledgeMusic campaign which is offering backers a range of pre-order incentives.

Frontwoman Jill Janus says: “The evolution of Huntress bleeds into Static – our third and most prolific album. It is the heaviest and catchiest record we’ve written.

“The process of writing and recording was new and exciting, at times very difficult for all involved having to record in between relentless touring.”

She reveals she’s never been so honest in her approach to songwriting and adds: “I reveal life-long personal obstacles that I previously feared weaving into my lyrics.”

Static is available to pre-order through their PledgeMusic page and via Napalm Records’ online store. Huntress will set sail on this year’s Motorboat Cruise on September 28 from Florida with Motorhead, Slayer, Anthrax and more.