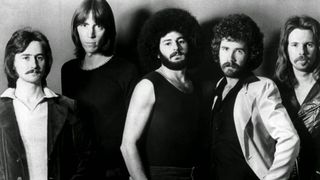 Former Boston drummer Sib Hashian has died at the age of 67, according to reports.

The news was confirmed by his son Adam to TMZ. He reports that his father had been playing onstage on the Legends Of Rock cruise when he collapsed. CPR was performed and a defibrillator used but to no avail.

The ship is due to return to port next week and will continue, with the other musicians planning musical tributes to Hashian.

Hashian took over behind the kit from original Boston drummer Jim Masdea in 1975 and played on the band’s 1976 self-titled debut album, including their trademark track More Than A Feeling. He also appeared on 1978’s Don’t Look Back.

He contributed to Boston comeback album Third Stage in 1986 but was eventually replaced when Masdea was welcomed back into the fold.

In addition to his work with Boston, Hashian played and recorded with Sammy Hagar, Ernie And The Automatics and with Goudreau on the guitarist’s self-titled 1980 album.