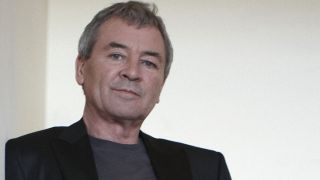 Deep Purple frontman Ian Gillan says he fell out with former bandmate Ritchie Blackmore in 1994 because both of them were being assholes – but the guitarist kept up the behaviour for longer.

He accepts there’s unfinished business between the pair, but even if they settle their differenced he wouldn’t want Blackmore to return to the band.

He insists that would be the case if the band were ever inducted into the Rock And Roll Hall Of Fame. And he’s slammed the organisation’s bosses for labelling Purple a one hit wonder, demanding to know which of several hit singles they’re talking about.

Gillan tells Rolling Stone: “I’m saying what I’m about to say not to wind Ritchie up, if he’s reading this. He knows we’ve got to talk about these things. So I say this with no rancour.

“I was just as much of an asshole as Ritchie was – but Ritchie carried it on for a little longer. Had he stayed with the band, it would have been all over. It would have just ended. The day he walked out was the day we had to rebuild. We had Joe Satriani for a year, and he got us over the crisis, and then we got Steve Morse and started to rebuild. Within a couple of years, we started playing arenas again, and it’s been fantastic ever since.”

The singer believes it’s good to experience crises from time to time, observing: “It doesn’t do your heart any good, but that was the spirit of the band.”

And although he insists he has no real problems with Blackmore, and they’ve been in touch with each other recently, he wouldn’t invite him to take part if Purple ever enter the Hall Of Fame. “I think that would be hugely disrespectful to what I call the living, breathing, Deep Purple,” he says. “There’s always been a living, breathing, Deep Purple, good or bad, at any stage of our evolution, and how it is now is particularly healthy. It wouldn’t be right.”

The veteran outfit have now been shortlisted twice for the Rock Hall honour, but Gillan doubts they’ll ever win. “I’ve heard quotes of somebody on the committee saying, ‘Deep Purple can’t be in it because they were a one hit wonder.’

“I don’t know if they were referring to Hush, Smoke On The Water, Child In Time, Highway Star or Perfect Strangers – any of those one hit wonders that we were.”

The band are touring the US while continuing work on what will be their 20th studio album, expected next year.