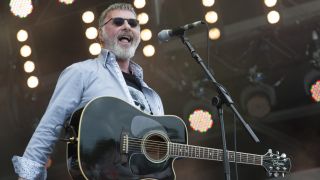 Steve Harley & Cockney Rebel's most successful album is being given the deluxe reissue treatment a year before its 40th anniversary.

The Best Years Of Our Lives – released in 1975 – featured the smash hit single Make Me Smile (Come Up And See Me).

On June 16, it will be reissued in a 3CD/DVD ‘Definitive Edition’ format which includes 14 previously unreleased tracks and live footage from the band’s 1975 show at the Hammersmith Odeon.

The Best Years Of Our Lives was the first release under the name Steve Harley & Cockney Rebel, with the band previously being known simply as Cockney Rebel.

A UK tour has been lined-up in support of the release.