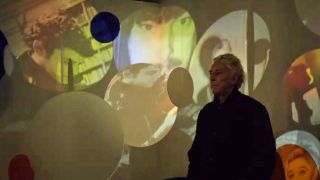 Cale has reworked his 1982 single If You Were Still Around to mark the one-year anniversary of Reed’s death at the age of 71. Reed passed away after a series of health setbacks following a liver transplant.

The song originally featured on Cale’s album Music For A New Society. Cale’s new version is accompanied by a video directed by Abigail Portner, which features background images of Cale and Reed working together.

Cale also released a statement, saying: “A Moth and a Candle met. They decided to become friends. Everyone enjoyed watching their discourse – especially the risk takers. Then one day a big rain came. The Moth couldn’t fly and the Candle puttered out.

“Everyone laughed in bitter awe and blamed the rain. Most however knew the deeper truth – the Candle remains lit and the Moth will stay close.”