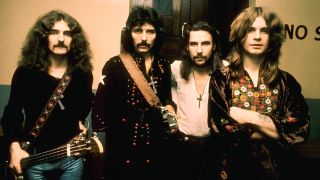 Rhino Records have announced that they’ll released a Black Sabbath vinyl box set in the US later this year.

The Vinyl Collection 1970-1978 will feature eight albums featuring frontman Ozzy Osbourne and will also come with a disc of mono singles titled Monomania.

All nine discs will be pressed on heavyweight 180g vinyl, while a 7-inch single featuring Evil Woman (Don't Play Your Games With Me) and the b-side Wicked World will also be packed in.

It's now available to pre-order from Amazon.

Meanwhile, a major exhibition celebrating 50 years of Black Sabbath is currently open in Birmingham and will run through September 29.