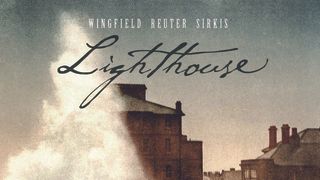 Some albums say hello with a gentle introduction while others grab you by the lapels. Lighthouse, born from a single improvised session without overdubs and only the most minimal post‑production editing, sits in the latter category. Hailing from the UK, Germany and Israel respectively, the unwavering velocity and momentum generated by this international trio within the album’s opening seconds remain irresistible. Although entirely spontaneous, each of the seven tracks possesses the structure and dynamic foundations of composed material. Throughout, Mark Wingfield coaxes unorthodox textures and long, snaking melodic lines from his guitar. Capable of moving between a luminous beauty to snarling, barbed ferocity within a moment means he’s well-equipped to respond to the variegated backdrops fashioned by Asaf Sirkis’ driving rhythm and Markus Reuter’s bulldozing bass patterns. With occasional echoes of early King Crimson’s roving angularities surfacing through their intense exchanges, as their punchy, racing grooves seamlessly dovetail with simmering atmospherics, there’s an exhilarating unpredictability present here.