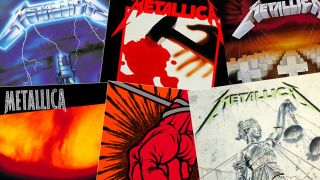 It's a conundrum which has plagued the world's hard-rocking population for decades: which Metallica album is the one to rule them all? It'd be difficult to find a metal band whose back catalogue has spurred so many fiercely-fought pub debates as Metallica's has over the years. Was Load a masterpiece or an unmitigated disaster? Was St Anger really as bad as everyone thinks it was? Perhaps, given a few years to reconsider, you might have even found yourself enjoying a bit of Lulu on heavy rotation.

Well, to put the issue to rest once and for all, we want to know what you think. We've included each of Metallica's studio albums, plus a cheeky live offering and that now infamous collaboration, in the list below, and now we're asking you to pick a worthy winner.

Make sure to check back soon, as we'll be announcing the victor in the coming weeks.