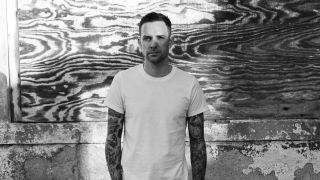 When Revelation Records released The Movielife’s second full-length, ‘This Time Next Year’, in 2000, it was an invigorating blast of energy that effortlessly combined the sweetness and hooks of pop-punk, with the punch of East Coast hardcore. The quintet dissolved in 2003 after strains within the band made it impossible to continue. Twelve years later though, they’re back and preparing to hit the UK for some summer dates. We caught up with frontman Vinnie Caruana to talk about this most unlikely of reunions.

**What was it that prompted The Movielife to get back together? **Vinnie: “The Movielife is kind of this ex-girlfriend situation, where you don’t hate each other or anything, but you just happen to not be together. Me and Brandon (Reilly, bassist) have been in and out of each other’s lives, but he’s been off having children and I’ve been touring (as singer of I Am The Avalanche). We met up because we felt like it had been too long since we had hung out as friends. We went to the park with his son and we were just playing and hanging out, and one of the things we talked about was Movielife and about how both of us were feeling like we wanted to do it. I don’t know if either of us had the intention of talking about Movielife that day, but it happened. He said, “I want to do shows, if you want to do shows…” and I said “I want to do shows, but I don’t want it to stop like last time.”

**Like in 2011, when you reformed for a few months? **“Yeah! In 2011, we had planned to keep the door open and do a show here and there and never say, ‘This has to be the last thing’. But that’s what ended up happening because I don’t think I was ready. I don’t think Brandon was ready. The timing was wrong – we were trying to force it, but our lives weren’t there yet. So I think this time around, me and Brandon as well as Phil (Navetta, bass), Danny (Navetta, guitar) and Evan (Baken, drums) are all at a place where not only can we do it, but we wanna do it.”

**When did you first start rehearsing again? **“We started in December. I told the others, ‘Are you sure you want to start playing shows because once I make the phone call to the people who make this happen, it’s going to happen really quickly…’ It did and the next thing you know, we’re in a practice space!”

**The Movielife and their 2000 album, ‘This Time Next Year’ **Photo: Matt Cabani

**It’s bizarre that 2011 wasn’t the right time, but now does feel right to you all, even though there are six small children there now! **(Laughs) It’s not like we’re going to be able to just leave home for a month, like a normal band would, to go on a full tour. That stuff won’t happen because of careers and family stuff, but that’s fine because no one’s asking us to do that. Everyone’s letting us do it exactly as we want to do it. For us now, the band is enhancing everyone’s lives – and we haven’t even played a show yet – just the chance to be a rock band again. I’ve been doing this since I was 19, but a lot of the other guys have been off the grid when it comes to performing and writing music. These guys are just happy to dip their toes in. Everyone’s really enjoying it. And I think once we get onstage, it’s just going to be a whole other level.”

**Relearning the songs in two months is really impressive after such a long break. **“The good thing is that The Movielife songs are not brain surgery! But these guys have been working on their own at home too, because no one wants to make a return to this life and not have it be 110 per cent awesome. I can tell they’re putting in a lot of work, because one week something will be sloppy and a week later, it’s perfect. They did that work – and they probably did it while feeding a baby.”

**If anyone had said no to the reunion, would it have still gone ahead in some form? **“I don’t really know! Luckily we didn’t have to deal with that. We would’ve had to have a talk about it. Everyone jumped in really quick thankfully. This is definitely something that I wanna do for as long as possible and for as long as we’re all having fun and traveling and playing good shows.”

What are the chances of this snowballing into a new album? “I would never rule that out because, I mean, here we are talking about new Movielife shows and I have ruled that out multiple times in my life. So I’ve learned my lesson. Just getting in a room and making sure we’re prepared right now, that’s all anyone can possibly squeeze out of their time, so I wouldn’t have anyone hold their breath. But I also can’t say it will never happen. I’ve put my foot in my mouth enough times already when it comes to the Movielife, so I’m trying to not do that again.”

What are the differences in the band dynamic now, versus when you first split? “We’re adults! We’re mature. We’re grown men who are all married – if not married, in very serious, long-term relationships – with responsibilities. I know that’s the answer you expect, but you learn how to be a better communicator with that stuff. You learn how to deal with other people better and not be selfish and you try to be more of an upstanding human being. All of us have just grown to a point where it’s nothing like it used to be.”

**Egos are less of an issue in your 30s. **“There’s no reason for anyone to have an ego about the Movielife. We’ve all put the work in and we’ve all achieved what we’ve achieved and we’re lucky enough to be one of the bands from way back who people still care about enough to go and buy tickets to see. We’re very humbled by that.”

You currently have three UK dates booked. Are there any plans to add any more? “In the UK, there is a chance that we’ll play more than two shows, because we have been fielding offers in the UK right now. But the UK takes up more time in our schedule because of the travel. It hasn’t happened yet, but I would love for another UK show to pop up. I’d like this to be a really fun thing that’s part of our lives for a long time.”

Catch The Movielife at the following venues: