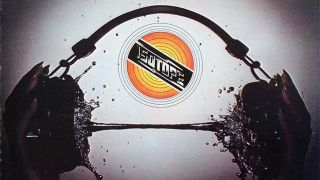 The 1970s was a golden age for British jazz rock, with trailblazing groups such as Soft Machine and Nucleus leading the way. Groups like Brand X – whose new album is featured in depth in the new issue of Prog Magazine – and Bruford enjoyed high profiles, but here are six of the best bands that have been overlooked or underrated.

One of the few British guitarists capable of matching John McLaughlin’s speed and passion, Gary Boyle’s joyous playing is all over a set of surging tunes stoked by ex-Soft Machine man Hugh Hopper’s trademark fuzz bass. An astonishing and formidable fusion outfit.

A pioneer of the UK’s mid-60s free jazz scene, drummer John Stevens’ rock-orientated band boasted both electric and acoustic bass. Steve Hillage was a fan and had them as the support act for his L tour.

Thompson’s lyrical sax and flute do all the melodic heavy lifting in a band featuring ex-Softs bassist Roy Babbington. Contrasting visceral solos throughout her intricate compositions, Thompson flies closer to jazz than rock but still lands plenty of killer punches.

You can read the full story on Brand X’s new album in the latest issue of Prog – on sale now. Buy it directly here or become a TeamRock+ member to read it right now.

Brand X: We never took ourselves too seriously

Mahavishnu Orchestra: It's Only Jazz Rock Fusion But I Like It