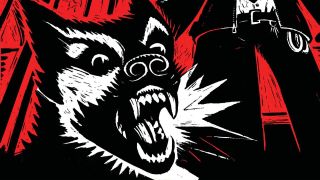 It would be a boring world if heavy metal just sat in its little pocket and never ventured into different sonic territories, but luckily we have a smorgasbord of bands twisting and bending metal into all shapes, sizes and sub-genres. The pioneering sounds of the alternative rock scene infiltrated metal long ago and has given us some of the very best bands in recent memory. Here are ten of them.

Obviously Tool could quite comfortably sit in this list, but, being as proggy and difficult to categorise as they are, we have instead pointed toward Maynard James Keenan’s ‘other’ band A Perfect Circle. Mer De Noms is more instant, more accessible, and more fragile than anything Tool have ever put their name to, but what it shares is the classy tone, supreme song-writing and, obviously, the powerhouse vocals of their iconic frontman.

Faith No More – King For A Day… Fool For A Lifetime

Alternative to what you ask? Well, in Faith No More’s case, it’s an alternative to literally everything. It’s hard to think of another album that channels so many different styles of music, and nails them every time. A lot has been written about Mike Patton – certainly his ability to scream bloody murder on The Gentle Art Of Making Enemies straight after crooning through Evidence – but his band are just as varied, unique and bewildering. It flopped when it came out of course, but it’s now rightly regarded as a classic.

As frontman of Black Flag, Henry Rollins has had more influence than most on alternative rock, primarily down to the dark Sabbath-y punk of the My War album. When he decided to go solo it was a sound he explored further with Rollins Band, and Weight is the best example of their bluesy, powerful alt-metal. Most famous for the single Liar, which was a bona fide MTV hit, the entire album showcases Rollins’ gift for furiously articulate, sarcastic rage.

Their influence on nu-metal is massive yet never really talked about, which could be down to the fact that Helmet didn’t just create in massive concrete block riffs, they also dealt in arty, avant-garde passages of noise. We aren’t committing to saying that Betty is the best Helmet album (it’s a straight knife-fight with fellow classic records Meantime and Aftertaste for that title), but it’s where the angular experimentation of Page Hamilton’s crew loomed the largest. Hence its inclusion here.

After Josh Homme left the massively influential Kyuss , it was hard to believe he’d go on to front a band that could eclipse his previous work. He did, though, and QOTSA are now one of the best rock bands on the planet. They might be a shadow of their former selves, but the high regard people still hold them in is mostly due to the brilliance of albums like Rated R. These days they lack the yin and yang of Homme’s effortless cool and Nick Oliveri’s untamed berserker tendencies. They may have gotten bigger, but they have never creatively topped this masterpiece.

If you were in the know, then The Melvins signing to Atlantic Records was the most hilarious example of the mainstream losing its mind and signing anything even vaguely alternative in the post-Nirvana boom of the mid-90s. Buzz Osbourne’s crew of weirdos always prided themselves on their incomprehensible melding of Captain Beefheart and Celtic Frost, and even though Stag is one of the best places for the uninitiated to start their journey into Melvins’ world, it confused the hell out of anyone that thought they might be getting another Stone Temple Pilots. The album is breathtakingly superb on its own but if you add in the context then and you’ve got one hell of a trip.

Primus have always been one of rock and metal’s most enjoyable oddities, and the idea that bass genius Les Claypool could have ended up in Metallica is hysterical, but it’s not just slappy noises and songs about beavers in the world of Primus – they can write some killer tunes too. After their initial dalliances with the mainstream they released their sixth, and best, album in 1999. It flew under the radar for many, but with Natural Joe and Electric Uncle Sam sounding as meaty as they ever had, and guest appearances from James Hetfield, Tom Morello and Jim Martin on the record, Antipop is the purist’s Primus album of choice.

Around the time of Troublegum’s release, Therapy? were known as ‘the Irish Nirvana’, but this album proved there was far more to Andy Cairn’s power trio than just pure Seattle worship. Troublegum has the killer pop hooks and punky production of alt-rock, but is laced with an almost gothic streak of pitch black humour and some riffs that wouldn’t seem out of place alongside Pantera and Sepultura at their most groovy. For a brief period it almost made Therapy? stars, with MTV award nominations and main support slots to Metallica coming in the album’s immediate aftermath, but they were too awkward and nasty to remain in the mainstream. Their loss. Therapy? still rule.

One band that hopped back and forth between the many alternative sub-genres of the time, yet refused to be tied to any of them, The Smashing Pumpkins are deservedly lauded by fans and critics alike. But what are they? Fuzzed-up metal riffs, punk pace, experimental indie song structures, electronica, grunge lyrical nihilism… they are one of the most diverse bands in music. To pick one Pumpkins albums is hard, but, for this list, the perfect alt-rock haven of Siamese Dream has to get the vote. Listen to Disarm, Cherub Rock or Geek U.S.A. and try to disagree.

Although they started off as a metallic hardcore band and progressed on to being some kind of Rush meets Converge space rock punks (honest), the closest Boston’s Cave In ever came to cracking the mainstream was on their debut, and only, major label release. It saw them head out on tour as support to Foo Fighters, Muse, and on the Lollapalooza tour of 2003. Quite why nobody grabbed on to the guitar wizardry and humongous knack for vocal melodies that frontman Stephen Brodsky possesses is still a head scratcher today, and if you take the time to listen to the pump of Anchor, the ethereal Beautiful Son or the Radiohead-doing-post-hardcore riffgasm of Inspire you’ll doubtless be just as confused.