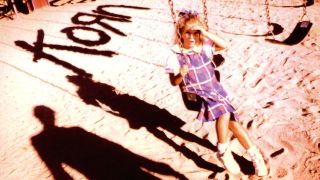 Back in the second half of the 1990s, Ross Robinson was the hottest producer on the planet. Known for his extreme and antagonistic production style, he was played a huge part in helping many of that era’s most important bands realise the sonic blueprint for what eventually became nu-metal, thanks to his work on early material by Korn, Fear Factory and Deftones. But after the dissolution of that movement and his step back into the underground, it seemed for the longest time that Robinson was to be an underutilised weapon in metal’s cannon Until now, that is – bands as eclectic as Red Fang, Suicide Silence, The Contortionist and Limp Bizkit are all queuing up to work with the man again. So what better time to re-appraise the greatest albums he worked on.

Just as nu-metal was one of the major musical movements of the mid-90s, so metalcore was its mid-noughties equivalent, and Robinson helped steer one of the bands who helped popularise it. Norma Jean had always had more intelligence, craft and anger than most of their contemporaries, so it made sense for them to enlist a producer who could cut right to the heart of the sound. On Redeemer, the throat shredding vocals of Corey Brandan Putman and the scattershot riffs of Scottie Henry and Chris Day dominating the album. Have a listen to The End Of All Things Will Be Televised and tell us this is a cookie cutter metalcore album.

After the success of Korn and Slipknot, Robinson found himself with the clout to produce one of the biggest and most influential bands of the past three decades. The goth icons’ twelfth album was heavy in its own unique way, and Robinson brought more threat to their music than ever before. The sound of frontman Robert Smith weeping at the end of the album was more powerful than anything he’d wrung out of any of the young pups he’d worked with before.

Amen frontman Casey Chaos was the perfect avatar for Robinson’s anarchic, authenticity-or-die rhetoric. The snarling punk rock of We Have Come For Your Parents was a 21st century great rock’n’roll swindle, with Amen taking Virgin Record’s major label money and using it to make a record that was doused it in complete and utter contempt for modern society. Robinson made the band sound sharper, heavier and more focussed, and let Chaos’ serial killer intensity boil over on C.K. Killer and Dead On The Bible.

On paper it shouldn’t have worked: members of Robinson-produced bands At The Drive-In, Idiot Pilot and The Blood Brothers uniting as backing group for unknown hip-hop artist Hyro Da Hero. But the result was the best thing the producer had worked on in years, a superb meld of modern hip-hop, angular post-hardcore and barked sloganeering, best showcased on Listen To Fuck You (Say It To My Face), Beam Me Up Scotty or Sleeping Giants. Nearly two decades after its heyday, Robinson had breathed new life into rap-metal.

At The Drive In weren’t the only difficult punk rock band Robinson worked with. The Blood Brothers were, if anything, even more of a challenge to capture on tape, with their garage rock meets math metal compositions not made any smoother by the helium-fuelled dual vocal attack of Jordan Billie and Johnny Whitney. But on …Burn Piano Island, Burn, the results were ferocious, with songs like Fucking’s Greatest Hits and USA Nails sounding like a bomb going off in a Fugazi factory.

The album that ignited a musical revolution and turned Robinson into the most sought-after producer around. Bands had used seven string guitars before, but Robinson was the first person to capture the lowest, dirtiest end of the instrument. In doing so he provided the perfect musical canvas for Korn singer Jonathan Davis to unleash his inner demons – demons that Robinson ripped from him like an infected tooth, often against the singers will, like an infected tooth. The result still sounds tortured and extreme to this very day.

4. Glassjaw – Everything You Ever Wanted To Know About Silence (2000)

New York’s Glassjaw were oddities in the hardcore scene, both deeply sensitive and filled with white hot fury. When it came to recording their debut album, Robinson was brought in to harness the embittered rage that frontman Daryl Palumbo was feeling toward a unnamed ex-lover. Listening to it today is a deeply uncomfortable experience: accusations of lyrical misogyny surround it, and the band have distanced themselves from album to the point where barely any of the tracks are played live any more, but the power of songs like Siberian Kiss and Motel Of The White Locust is impossible to dispute.

It takes guts to poke a caged animal, but when he stepped into the studio with Slipknot Robinson was prodding nine very angry lions with a very pointy stick. The tales of the Indigo Ranch Studio sessions have passed into legend, with Robinson flinging anything he could get his hands on at the band as they played, the band trying to recreate their live shows inside the tiny studio space and eating dogfood, the only sustenance they could afford, while the album was being recorded. What came out was a genuine landmark.

When Sepultura frontman Max Cavalera heard Korn’s debut album, he was inspired enough to hire the man to produced it to work on Roots. Robinson gave the Brazilians a seething, low-end rumble they’d never had before, Max himself never sounded as threatening as he did on Ambush or Stubborn, and the beats and rhythms the band recorded with the Xavante tribe remains unique to this day. The sound of a door being opened on a whole world of possibilities for metal.

By the dawn of the millennium nu-metal had become crass and bloated, and Robinson was viewed as guilty by association. To escape the monster he’d helped create, the producer began to seek out other avenues and styles to explore. Texan post-hardcore band At The Drive-In had already released two albums before they hooked up with Robinson, but Relationship Of Command took things to another level. Sprawling, incendiary and instantly influential, it introduced ATDI to a whole new audience and showed there was much more to the producer than downtuned guitars. The band’s trajectory to stardom was assured until underlying tensions exacerbated by success boiled over and they split less than a year after the album’s release. It’s the sort of thing Robinson would have been proud of.