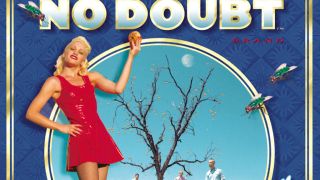 The 90’s was a weird decade. I mean, can you imagine a band like Primus or Ministry hitting the big time in today’s world? Imagine a single with a chorus refrain of “I wanna fuck you like an animal” being the hit of a generation in 2014?

Though the ‘90s was a standout decade for unique bands being celebrated for letting their freak flag fly, Tragic Kingdom by No Doubt was the shape of rock to come. Think about the landscape prior to Gwen Stefani becoming the rock world’s sweetheart. There was Courtney Love and Skin from Skunk Anansie but when you look at today’s rock landscape, Gwen Stefani kickstarted the aspirations for a generation of women and Tragic Kingdom was the album lit that fuse.

Tragic Kingdom is more than just the Gwen Stefani show, the album is loaded with all manner of crazy influences. From the ska of their Orange County roots, a pure pop vocal from a totally distinctive voice, elements of funk, punk, dancehall, The Police and all manner of other bonkers elements come together to create songs that still buzz with life and colour today. The calypso feel of Different People could and perhaps should have been a massive hit single, the reggae meets pop punk explosion of Sunday Morning can brighten the greyest skies, while the country licks and sass on Hey You was way ahead of Taylor Swift in that game.

Gwen’s lyrics were penned during a break up with long term boyfriend and No Doubt bassist, Tony Kanal. While Gwen’s pain would cause friction within the band, the likes of Spiderwebs and Excuse Me Mr provided a voice of empathy to anyone that ever suffered the heartache of young love.

There are songs on this album that can genuinely be heralded as timeless. Just A Girl inspired a generation of Hayley Williams’ and Jenna McDougalls to not take any shit, wipe their arse with the notion that fronting a kick ass rock band was a boys game and start their own bands. You see all of the examples in today’s rock scene and this song was a major factor in that. Then there’s Don’t Speak. Whether you want to or not, you know every single word to this song and if you’ve had enough to drink, you’ll sing it like you mean it from the bottom of your diaphragm. So they half-inched the intro from Dream On and the video about the media singling Gwen out was a little hypocritical (just look at the album cover here, for fuck sake), it doesn’t stop Don’t Speak being regarded as one of the best rock ballads by any band anywhere. Period. Gwen’s brother Eric co-wrote this song and then left the band to pursue other interests. As far as parting gifts go, this ranks pretty highly.

I can even let it go that singing along to the rabble rousing chorus to Sixteen bums me out because 16 seemed so far away when this album was released (these days even “nobody likes you when you’re 23” hurts). As far as pop rock goes, Tragic Kingdom is a masterpiece. Innovative and yet infectious, it hasn’t lost any of its sun kissed charm in the 17 years since it’s release.