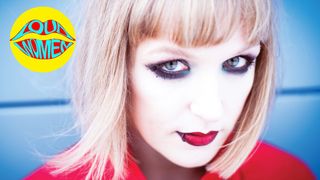 Now in its third year, Loud Women Fest has returned with a line up that might just be its strongest yet. Celebrating the music being made by women and non-binary musicians across the UK's underground scenes, the festival gathers artists from the worlds of punk, indie-pop, alternative and beyond.

But with 21 acts being squeezed onto two stages over the course of just one day, it might be hard to work out what your essential viewing programme should be. We caught up with Loud Women founder Cassie Fox to get some insider tips on the bands you just can't miss.

"This will be the third time Petrol Girls have performed at our fest – they have been a huge highlight for me the past two years, I can’t wait to see them again. Ren is such a powerful punk performer, and their music is razor sharp hardcore. They’re a band we’ll be talking about having seen when we’re in our rocking chairs, no doubt."

"The star of this year’s Decolonise Fest, Ms. Mohammed plays powerful, atmospheric guitar-driven music on themes ‘celebrating the divine feminine’ – she’s coined her own genre of ‘clit rock’. Ms. M is one of the four artists chosen to contribute to the Loud Women EP – a limited edition 7” record to be launched at the Fest by Punk Fox Records, and available thereafter direct from Loud Women  or from Rough Trade. The others on the EP are Dream Nails, You Want Fox and Guttfull."

"Hotly-tipped Anglo-Swedish garage rockers The Franklys should be playing on enormous stadium stages – catch them while you can on a smaller stage."

"Non-binary artist Zand has, as they describe, ‘metamorphosised’ out of the act previously known as Seafoal. The result is hard-hitting, dark electro-pop and exquisite songwriting. Can’t wait to see them live."

"The ultimate feminist punk pop band, Dream Nails are queens of the DIY scene. This year has seen them release several singles and EPs, tour Europe extensively, and play at festivals including Leeds, Indietracks, Rebellion and Boomtown."

"Winners of the 2017 ‘HERcury Prize’ for their self-released debut album We’re Not Ovaryacting, The Menstrual Cramps are big time punk fun."

"Laura Kidd aka She Makes war returns to Loud Women Fest with a stunning new album ready to launch this autumn (she also recently won Louder's Tracks Of The Week roundup - ed)."