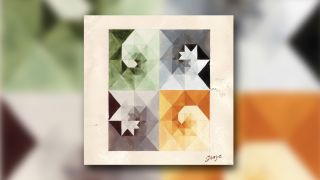 No, wait – come back! This isn’t some mistake. When Belgian-Australian solo artist Wally De Backer, aka Gotye (it’s pronounced “go-tee-ay”) scored an unexpected No.1 hit in 18 countries with his shimmering single Somebody That I Used To Know in 2011, it marked the proggiest pop song to reach the top spot since Marillion’s Kayleigh… and that only actually reached No.2.

A cleverly arranged, beautifully layered and delicate song of high drama, acerbic lyrics and syncopated rhythms, it mostly recalled the smartest compositions of Peter Gabriel, with shades, perhaps, of Jon Anderson’s high tenor voice too. It was also a masterclass in pop subversion from an unconventional-looking guy whose accompanying art-house video appeared among those of the Topshop-clad boy bands and autotuned nightmares clogging up the higher echelons of the charts like a weird uncle gatecrashing a 16th-birthday party. It sold 13 million copies.

The experimental album from which the track came was equally as intriguing. With its Beck-like atmospherics, the pop strut of Easy Way Out offered a more straight-up electro approach to Somebody That I Used To Know, but still revealed a composer a cut above the earnest, bed-wetting singer-songwriter/solo contemporaries. The Bruges-born singer was clearly closer to Brian Eno than he was to Ed Sheeran.

Perhaps it was his Thomas Dolby-like approach to arrangement or a vocal resemblance to Sting on tracks such as Bronte, with its downbeat falsetto, that pricked the ears of a few progheads on this, Gotye’s third solo release. Scratch beneath the surface here and you find an array of minimalist sounds and production techniques quite unlike the current contemporary tendency to over-egg every pop record for airplay acceptance.

Recorded in a studio at his parents’ farm, Making Mirrors shares as much in common with Talk Talk as anyone – just check out the atmospherics of Smoke And Mirrors. If this album is a prog one, then it’s the prog of the 80s, when synths and drum machines entered the fray and a new fusion was born. You could imagine Genesis covering Dig Your Own Hole or Kate Bush offering her general approval of this collection.

And for once, Making Mirrors was not a cult, overlooked, under-the-radar release, but a bona fide hit. It’s by no means a classic, but it is a genuine curveball that found favour in places this type of music just does not reach. It even won a Grammy for Best Alternative Album in 2013.