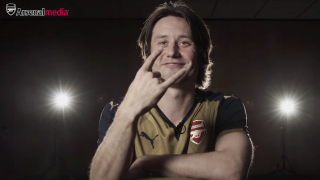 They may have the adulation of millions, supermodel girlfriends and wage packets thicker than Joey Essex, but it’s a well known fact that footballers have exceedingly shit taste in music.

Cristiano Ronaldo may well be the world’s greatest ‘baller, but his fancy Beats headphones are filled with the sound of Elton John, Ricky Martin and R. Kelly (whose I Believe I Can Fly Cristiano cites as “without doubt my favourite song in the world”). Former Liverpool and England captain Steven Gerard once punched a DJ who wouldn’t play his favourite Phil Collins song in a bar. Wayne Rooney has a Stereophonics tattoo. Sunderland used to take the field to the sound of Abba’s Dancing Queen (“Fuckin’ Dancing Queen,” lamented manager Roy Keane. “It worried me.”)

You get the idea.

Thankfully, there are exceptions to the rule. Man Utd’s David de Gea is a metal head, who tweeted his love of Slipknot during their January UK tour. Professional wind-up merchant Joey Barton is given to quoting Kurt Cobain.

And this writer was particularly chuffed to learn that Everton and USA goalkeeper has been poring over his Metallica book.

There are other examples – shout out to former Download festival regular Kasey Kellar and Five Finger Death Punch/Tool fan Marcus Hanhemann – but undoubtedly the footballer with the best taste in music is Arsenal’s evergreen midfield dynamo Tomáš Rosický, who this week sang the praises of Metallica, In Flames, Sylosis (who he discovered while watching them support Killswitch Engage), Rise Against, Pantera and more while compiling a ‘mixtape’ for the club’s website.

Check out his excellent selections (’Orion’! ‘Cemetery Gates’!) below…