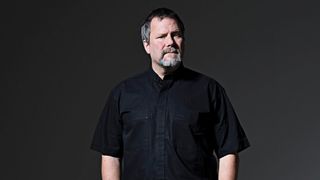 Things look bright for Faith No More. Their 2015 studio album Sol Invictus – their first since 1997 – received rave reviews. More recently, bassist and founder member Billy Gould has been poring over the paradigmatic funk-metal band’s past, working on the reissue of 1985 debut album We Care A Lot. And now he’s casting his mind back even further, to when his father took him, aged 10, to his first rock concert: David Bowie circa Ziggy at LA’s Long Beach Arena. “It was edgy and dark and it freaked me out,” he recalls. “I felt like I was listening to the devil’s music. It was outside my white middle-class experience. I was fascinated – in a good way.” He could almost be talking about the controversial FNM themselves.

Digging through the old We Care A Lot tapes, what memories did they evoke?

Happy ones. We were young, learning how to play with each other, having as few rules as possible. That first album sounds primitive, but it’s much more sophisticated than I originally gave it credit for.

In the new sleeve-notes for the album, keyboard player Roddy Bottum describes it as “a freakout art time” for San Francisco. Is that how you remember it?

It is. There was a lot of artistic stuff happening. Actually, it was the English bands like Killing Joke and Gang Of Four who were inspiring us. In fact, in the summer of 1981, I went to London. I just hung out and got stoned. A few months later I moved from LA to study in San Francisco, and that’s when I met [FNM drummer] Mike Bordin and [guitarist] Jim Martin.

Roddy talks in those sleeve notes about the mixed-up San Francisco scene where “the hippies mingled with the punks… and the Satanists [with] the sexual pioneers”. Did you get involved in any Satanic sexual practices?

You couldn’t be there and not be a part of that somehow. San Francisco was the kind of city to pick up on that.

You were into progressive rock before discovering punk. Who had it harder coming out: you as a prog fan, or Roddy as a gay man in a metal world?

Oh, Roddy had it much harder. It was pretty bold what he did.

With FNM, how much of what you do is art provocation and how much instinctive miscreancy?

It’s a bit of everything. People get hung up on how we fit into their box. We don’t think about it too hard. We just do what feels good.

You never seemed like one of those Last Gang In Town type of bands – more a confederacy of opposites. Fair?

Completely. We were a bunch of people with different abilities and quirks; a dysfunctional family. Jim came from the metal world, which was very different for us. [Chuck Mosley, first frontman] was the wild card; that was part of his charm. We were just playing loops and he would scream over the top. It was hard when we started getting into patterns and structure and touring – it became more like regular work. That’s when the tension started.

It was paradoxical because the band were anarchic, but it took discipline to create that chaos.

That’s a brilliant observation. In some ways we were super-structured and super-focused.

When did you realise Chuck had to go?

When we couldn’t do it any more.

Was outrage always on the agenda?

Pissing people off was fun. We came from a scene where teasing people was okay.

And once you got Mike Patton on board you could take things to the next level?

Mike was definitely coming from a different place. He seemed to me like a really clean-cut kid. We were twenty-six, seven and he was about twenty, so there was a huge gap of experience and I didn’t know how it would work. But his ideas fit so well it was startling.

How many of Patton’s exploits – crapping in Axl Rose’s orange-juice carton, munching on one of L7’s tampons – were true, and how many fabrication?

A little bit of both. We had fun, bringing those images into the mainstream. But the Axl carton story wasn’t true.

What about the band being hauled into Axl’s office during the Guns N’ Roses/Metallica/FNM tour to get told off for bad-mouthing GN’R?

That was true. And I have to say we deserved to get spanked.

Life in Faith No More before the band split up in 1998 was likened to being “at war”. What’s it like now?

We disagree, but we handle it a lot better. When you’re young you do stupid things, then you mature. But there are still random things that can happen. Even though you’re fifty years old, there’s still chaos.

You must be proud of the band’s achievements: you defined a style of music, defied it, then defiled it.

All of that. It’s cool. You respect what you do, but at the same time you’re a bit of an iconoclast.

Every band has a voice. FNM’s is snarky, sarcastic, even satirical. Are you the hard-rock Steely Dan?

Ha ha! It’s funny, it’s almost like forensics: you have to take the dead body apart to see what the fuck it’s made of.

What a strange band.

Yeah. But at least we’re not boring.

The A-Z Of Faith No More

Faith No More: The Real Story