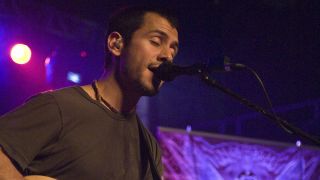 Cynic's Paul Masvidal and Sean Reinert have spoken publicly about their sexuality for the first time.

Singer Masvidal and drummer Reinert have been out as gay in their private lives for years, but say they feel the time is right to discuss it in public, although they admit they are prepared for a reaction to the news. Their sexuality has been the subject of rumour down the years, leading to some homophobic incidents.

As well as their acclaimed work with Cynic, Masvidal and Reinert also had a spell as members of Death and are hailed as some of the most influential musicians in rock.

Masvidal tells the LA Times: “There’s definitely going to be a reaction, but it’s important that we be truthful.” In the interview, the childhood friends make it clear they have never been attracted to each other.

Reinert, who lives with a long-term boyfriend, adds: “Gay people are everywhere, doing every job, playing every kind of music and we always have been. It’s taken me years to finally be brave enough to say, ‘If you have a problem with that, then throw out our records. That’s your problem, not mine’.”

On an early 1990s tour with Cannibal Corpse, Cynic challenged the audience with their stage presence, which was distinctly anti-macho. They came in for some homophobic treatment, which made it difficult for either to consider publicly coming out.

Cynic bass player Sean Malone says he is proud of his friends for opening up about their sexuality. He says: “What I’m proud of is that Paul and Sean know that this isn’t really about them, it’s about the kid out there who is struggling and suffering in silence, and that for him or her, this conversation might be a source of encouragement.”

Cynic released their third album, Kindly Bent To Free Us, in February.