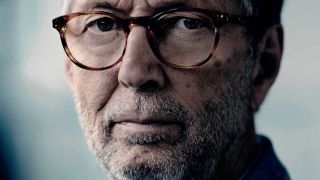 In this no-holds-barred interview (his only new one this year), Clapton opens up about everything from his drug-fuelled past to his brand new album. Spanning tales of Cream, Blind Faith, John Mayall’s Bluesbreakers and everything in between, it’s a compelling read.

King Diamond
Satanist, dark arts scholar and maestro of theatrical heavy metal, is King Diamond the real deal, or a shrieker with too much make-up?

Ann Wilson
The Heart singer waxes lyrical on the big issues of today – and why we’re all way too obsessed with celebrities.

The 25 Greatest Unplugged Albums
Twenty-five unplugged crackers, including Bert Jansch, Nick Drake, Page & Plant and Tesla. And who’s going to be No.1?

Johnny Cash
How a country legend was reinvented by a hip-hop/metal producer – to glorious effect.

Roy Harper
The questions and disillusion behind the British singer/songwriter’s work of six- and 12-string mastery.

Tesla
Five Man Acoustical Jam started life as an accident. It became the record that shaped Tesla’s career, and pioneered an ‘unplugged’ generation.

Page & Plant
In 1994 the Led Zeppelin figureheads reunited for an ‘unledded’, forward-thinking classic.

Bruce Springsteen
Where did the Boss’s acoustic triumph, Nebraska, fit into our Top 25? Read and find out.

Ritchie Blackmore
In this lost interview – uncovered exclusively for Classic Rock in the month that he makes his return to rock – the Deep Purple-turned-Rainbow-turned Blackmore’s Night guitarist doesn’t pull any punches.

The Dirt
Punk 1976-78 opens at the British Library, celebrating the 40th anniversary of punk… Axl/DC: could it be for good?… Welcome back Diamond Head, The Claypool Lennon Delirium and Goo Goo Dolls… Say hello to Massive Wagons and BoneHawk, say goodbye to Nick Menza, Lonnie Mack, Phil Ryan…

Six Things You Need To Know About The Virginmarys
Politics, pills and positive thinking with the Macclesfield trio.

The Stories Behind The Songs - Yes
The tale of Owner Of A Lonely Heart – the song that turned Yes from prog nerds into pop/rock superstars.

Buyer’s Guide - The Cult
The ultimate albums guide to the post punk-turned-rock Brits.

Read Classic Rock magazine the way you want: instantly read the articles from issue 225 of and dive into the back issues right now on TeamRock+.

Experience the interactive digital edition for your iPhone and iPad.

Get a copy of Classic Rock 225 delivered to your door or subscribe and get it every month.