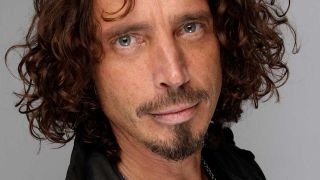 "There are a lot of misconceptions as to what it is to be in a successful rock band," Chris Cornell once told Classic Rock. "The reality is just a bunch of normal people playing music for a living. It’s not like you’re suddenly hanging out with a better or more interesting class of people.

"Guys like Freddie Mercury and Alice Cooper were proper rock stars; really cool, really entertaining, larger than life people. I could never do that though, because being larger than life in my punk grounding was really bad, the complete antithesis to all that punk stood for."

In the end, one of the tragic ironies of Cornell's early death was that it did much to manifest the kind of legacy that is larger than life, conferring an almost mythic status on the singer. He might not have been comfortable with this, but it was deserved, because, like Mercury, Cornell had a once-in-a-generation voice.

He was a singer capable of despair and disgust, tenderness and triumph. And these are 15 of his greatest performances.

Soundgarden weren’t the first grunge band, but they did more than most to define the genre’s sound and look. The band’s earliest recorded appearance came via three tracks on the 1986 C/Z Records compilation Deep Six, including this galvanising burst of punk-metal intensity. Even at such an early stage, all the pieces were in place – not least Cornell’s Robert Plant‑esque wail.

Soundgarden - Beyond The Wheel (From Ultramega OK, 1988)

Guitarist Kim Thayil once described Soundgarden’s music as “Black Sabbath without the parts that suck”. He might have added “…and Led Zeppelin too”. Certainly the Cornell-written track Beyond The Wheel was the sound of classic rock filtered through the prism of mid-80s punk rock: sludgy, monolithic but strangely epic at the same time.

Unlike every other Seattle band, Soundgarden weren’t afraid of singing about sex, even if it was through the lens of irony. From Cornell’s electrifying opening scream, which emerges unexpectedly from the guitar barrage, the (almost) title track of their major-label debut Louder Than Love crackles with carnal energy.

The only album that Temple Of The Dog recorded was Cornell’s tribute to the late Mother Love Bone frontman (and Cornell’s former roommate) Andrew Wood. The magnificent Hunger Strike showed a more sensitive side to Cornell, as well as a rare graciousness – this was the track that introduced an unknown Eddie Vedder to the world.

Film director Cameron Crowe’s 1992 grunge rom-com Singles was a love letter to his adopted home town of Seattle, and he filled the soundtrack with local bands. Cornell’s jagged acoustic track Seasons was a standout, its Led Zeppelin III-ish vibes pointing the way to his post-Soundgarden solo career five years before it arrived.

The iron-fisted riff and unconventional 7⁄4 time signature scream classic Soundgarden, but Cornell offered a glimpse of a more melodic future on this, Badmotorfinger’s second single, via its fleeting but memorable bridge. The line ‘I’m looking California but feeling Minnesota’ quickly passed into the Gen-X lexicon. Sadly it proved to be all too prophetic.

Soundgarden - Into The Void (Sealth) (From the Satanoscillatemymetallicsonatas EP, 1992)

Soundgarden sealed their love of Sabbath with this cover of the band’s 1971 classic. While it remained musically faithful, Cornell stripped out the lyrics and replaced them with words from a 19th-century land-rights speech by Native American leader Chief Seattle, the man who gave the city its name. The result was one of grunge’s few protest songs.

Like almost every other child of the 60s, Cornell grew up loving The Beatles, but their influence only became apparent on Soundgarden’s fourth album, Superunknown. Black Hole Sun dialled back the hobnailed attack of old in favour of quavering psychedelia, but its surface prettiness was undercut by the singer’s bleakly surreal lyrics.

Kim Thayil described this, Cornell’s undulating murder ballad, as “a Hey Joe for the nineties”, and its opaque narrative of a man who murders a woman drips with existential questioning. Musically it conformed to grunge’s tried and tested quiet/loud dynamic, but the weight of experience brought to it a welcome depth and maturity.

Chris Cornell - Preaching The End Of The World (From Euphoria Morning, 1999)

If Soundgarden’s split in 1997 came out of the blue, then Cornell‘s confessional debut solo album Euphoria Morning made sense of it. It was the singer breaking free of the confines of 90s rock, picking up where his friend, the late singer-songwriter Jeff Buckley, left off. The plaintive Preaching The End Of The World stands as its highlight.

In truth, the Soundgarden/Rage Against The Machine hybrid Audioslave worked only fitfully, but when they nailed it, they really nailed it. Like A Stone eased back on both bands’ tendencies for musical histrionics, in favour of a clear-headed, low-key melodicism – all the more remarkable given Cornell’s growing substance problem.

Cornell was an unlikely choice to sing the theme to back-to-basics James Bond reboot Casino Royale, but the result combined the grit of the film with the grandeur of past Bond epics and rubber-stamped Cornell’s passport into the musical mainstream.

Chris Cornell - Before We Disappear (From Higher Truth, 2015)

Cornell’s stock had plummeted following his brave but ultimately misfiring detour into electronic R&B territory with 2009’s Scream. Higher Truth, his fourth solo album, found him back on more familiar ground, although the lush arrangements of Before We Disappear suggested that he was a world away from Soundgarden’s Jesus Christ Pose.

Soundgarden - Been Away Too Long (From King Animal, 2012)

Soundgarden’s not entirely unexpected reunion was built on friendship rather than money, and their comeback album, King Animal, picked up where they’d left off. Cornell himself sounded revitalised on knowing opener Been Away Too Long. It was good to have them back.

Chris Cornell - Nothing Compares 2 U

Of all the tributes recorded following Prince’s death in 2016, Cornell’s solo acoustic take on the song made famous by Sinead O’Connor was among the most emotive. His unvarnished voice exudes loss, and the occasional bang of his guitar against the microphone only deepens the sense of rawness. If this performance was poignant then, it’s doubly so now.