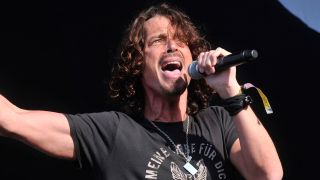 Two years ago today the world of rock and metal awoke to the news that one of its greatest vocalists had passed away. The death of Chris Cornell, at the far too early age of 52, is shocking, sad and confusing. Younger readers may have heard the name, but with only fleeting appearances following over a decade of inactivity, may not truly appreciate why Cornell is held in such high regard.

Ultimately the music he put his name to will be his legacy, but there was so much to admire about the life and career of Chris Cornell.

The most obvious place to start is the incredible depth and range of his voice. When Cornell switched from drums to vocals in Soundgarden’s embryonic stages, surely even they could not have predicted the force of nature they were about to release. The Seattle scene of the mid ’80s was characterised by local pride; an introspective, rudimentary punk-rock approach. Suddenly this scene of Black Flag-loving weirdos had a genuine rockstar amongst their ranks, a man with the look and the voice of a Robert Plant, rather than another grimy punk. In a town that would end up populated by some stunning vocalists – Eddie Vedder, Mark Lanegan, Layne Stayley, Andrew Wood et al – Cornell was the guy that broke the mould and opened the floodgates for the Seattle sound to take flight.

His was a voice that couldn’t be confined by simplistic punk, and Soundgarden began to write the kind of huge, doom-laden, achingly melodic rock that was made for stadiums rather than the underground. Nirvana and Pearl Jam may get the credit for breaking down the doors to the mainstream, but Soundgarden were the first Seattle band to sign to a major label when they inked a deal with A&M in 1988. While the rest of the grunge bands continued to circle their wagons, Soundgarden took the brunt of the ‘sell out’ calls and headed out on tour with Guns N’ Roses. Without them blazing that trail, it’s hard to imagine grunge becoming the monster it was.

Grunge was a term that Cornell and his band never fully felt comfortable with, and rightly so. Soundgarden evolved from local heroes to the perfect meld of Sabbath, Zeppelin and The Beatles, with the most stunning example being 1994’s classic Superunknown album. By this point the unassuming Cornell was an iconic figure of the ’90s musical landscape – his performances on the likes of The Day I Tried To Live, Outshined, Fourth Of July and Black Hole Sun still send shivers down the spine.

And, although it’s a stretch to define such a multi-faceted band as Soundgarden merely as ‘metal’, the blueprint of sludgy, earth-rumbling, metallic riffing beneath a scorching, melodic vocal can still be heard in everyone from Pallbearer to Gojira.

Cornell’s voice and persona was the tinder that lit the fire that became Soundgarden. Such was his thirst for reinvention, that after their split in 1997 he would go on to make some excellent solo records, touching on everything from bluesy folk to pure pop, and would meld perfectly again with three-quarters of Rage Against The Machine on the too-short-lived Audioslave.

There is also the sneaking suspicion that the creative well was far from running dry for Cornell. Those who remember the last time Soundgarden set foot on a British stage will never forget them, aptly sandwiched in between Faith No More and Black Sabbath, at a sun-kissed Hyde Park in the summer of 2014, where Cornell strode out and declared the band would play Superunknown in full. That day he was greyer and slightly more weathered than when the album was released, but his voice remained immune to the ravages of time, and as the melodies of Let Me Drown burst from the speakers and filled the ears of 80,000 fans, it was clear that Chris Cornell’s sonic weaponry was as potent as ever. Everywhere he went, to his very last day, he left audiences stunned by what he was capable of.

But Cornell should first and foremost be remembered as the man with the honey-drenched voice that carried the flag for alternative music into the mainstream. As a culture, we pride ourselves on making challenging, passionate and honest music, and we owe him and his talents the greatest of debts. Both for what he inspired and the gifts he has left behind.