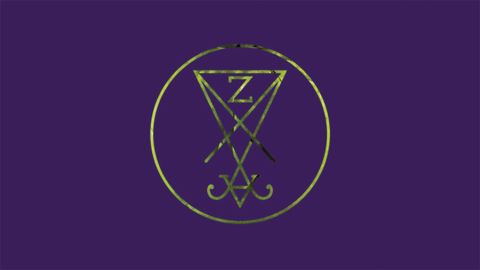 Coming out of nowhere in 2017, Manuel Gagneux, aka Zeal & Ardor, changed the metal game. On his debut album, Devil Is Fine, the Swiss-American combined traditional Afro-American and Christian genres like gospel, soul and slave songs with Scandinavian black metal – not only in sound but also in philosophy and belief. The result was deeply odd, fascinating and blasphemous on every kind of level. Not only had it never been done before, it was also executed in a manner that simply left you speechless. So how do you carry on from an extraordinary, hyped debut like that? As it turns out: with sheer musical brilliance.

Where Devil Is Fine was a clash between different worlds and extremes, Stranger Fruit sees multi-instrumentalist Manuel fuse them. The contrasts and opposites don’t work against but with each other; it’s not a battle anymore, it’s a symbiosis. About two years after first releasing songs under the Zeal & Ardor moniker, the musician naturally draws on means he has used before on this album; the anthemic call-and-response moments and the somewhat creepy synth interludes that give you some time to calm down between songs were crucial elements for the satanic spirituals of Devil Is Fine. But the atmosphere has changed a bit; instead of the heavy noise of chains weighing you down, Stranger Fruit elevates the listener with the sound of chirping birds and dripping water – all while keeping up the eerie, morbid and devil-worshipping vibe that made Zeal & Ardor so intriguing in the first place. But while a track like Fire Of Motion – notably the most feral, aggressive thing the one-man-project has ever recorded – hits you like a well-placed punch in the stomach, Stranger Fruit impressively proves one thing in particular: Manuel Gagneux could easily be a successful mainstream artist – keep in mind that he wrote, composed and recorded all of his schizophrenic, peculiar songs by himself (plus a drummer on his sophomore record). The soulful melodies of his songs and their undeniable catchiness will haunt you in your sleep, softly breathing lines like ‘You are bound to die alone’ and ‘Don’t let anybody tell you that you’re saved’ into your soul. In that regard, two absolute highlights of the album are the passionate R&B track You Ain’t Coming Back and the epic album finale, the gospel-choir-accompanied ballad Built On Ashes that, despite their heavy guitar work, put many big pop stars to shame.

Working your way through the 16 tracks, you are confronted with a lot that is going on, as the album constantly walks a tightrope between brute force and sensitivity, from blastbeats to chorals to piano parts. But you never feel lost in this eclecticism, because the essence of what Manuel does is crystal clear. All the different feelings, sounds and styles add up to one big picture. They tell a coherent story – nothing about it is random. Most importantly, despite the experimental and conceptual underlying idea, the music is deeply authentic and moving, not to forget the socio-critical level of this project that deals subtly with the suppression and abuse of black people in America both in the era of slavery as well as the present day. And while Zeal & Ardor has always been a style unto itself, Stranger Fruit has just taken it to a whole new level.