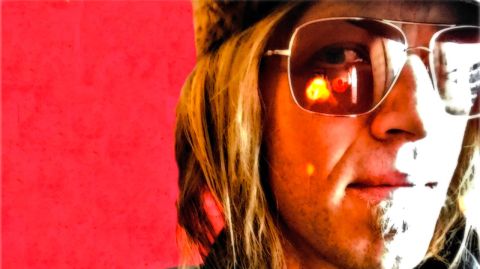 The opening Come Brave is a scabrous call-to- arms, its wall of clanging guitars exuding confrontational vehemence and David Eugene Edwards’ sonorous cries piercing through the squall like a siren in a thunderstorm. It also conjures more of that unsettling but obscenely exciting wildness that this more rock-driven incarnation of the band have steadily learned to harness. The languorous Swaying Reed is almost doom in delivery, but the untamed resonance of those guitars is more redolent of Neil Young and Crazy Horse’s feedback experiment Arc and there is something deliciously Swans-like about the sheer power behind each transient crescendo. Mid-album epic All Your Waves is even more compelling; a sustained and unnerving, Nephilim-tinged mirage, its blistering evocation of windswept plains and profound revelations could have been comically overwrought in less sincere hands, but Edwards’ utmost conviction ensures that the drama is very real and his comrades’ ensemble performance is nothing short of magical. More succinct material like the gothic rock rumble of Crook And Flail and Go Ye Light’s menacing post-punk thud may not quite hit the same heights of disorientating efficacy, but they each exhibit just enough of Wovenhand’s glowering soul to earn their place. It may be bigger, bolder and louder these days but there are no discernible fissures in Edwards’ holy vision and his band of brothers march on with heads held high.