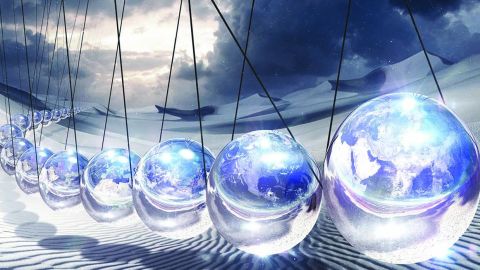 The prog rockers’ last album Euphoria saw the light of day in 1995, back when OJ Simpson was found not guilty and Gangsta’s Paradise was your number one guilty pleasure. This time it’s the original line-up – Yes recruit Billy Sherwood on bass, composer John Williams’ son Mark T on drums, Unruly Child duo Guy Allison and Bruce Gowdy on keys and guitars respectively – but it doesn’t really feel like they’ve been away. Unify isn’t hugely groundbreaking or likely to make jaws to drop to the floor, but the foursome’s knack for mustering up masterful melody amid classic prog flourishes remains. Where We’re Going is a multi-layered delight, while the sprightly Life Force is big on Rush-esque vigour. The press bumf directs us to more recent Toto and 90125 and Big Generator era Yes for musical clues and you can hear why, as a big, radio-friendly sound permeates the 10 tracks. The production is rooted in bygone times too, with the title track sounding a little dry and lacking the punch we’ve come to expect in contemporary sound recording. Nevertheless, it’s largely a welcome return, despite the 22-year wait.