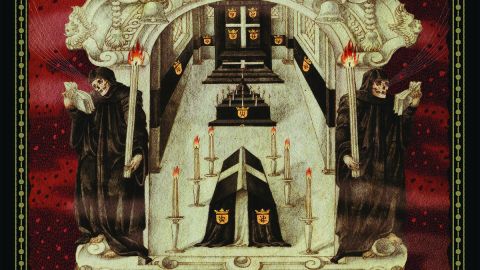 If Portals Into Futility wasn’t already pegged as the soundtrack to the Earth being swallowed up by other, antagonistic galaxies, it could feature in upping the tension during the high moment of a quality suspense/horror film. Here, the album’s aching, ashen crawl could support a lead character’s peals of desperation as s/he valiantly attempts to limp away from whatever destructive cinematic source is bringing the proverbial hammer down. Considering the funereal vibe delivered by these five tracks, it’s clear that any ending won’t be pretty. Molasses-paced bleakness, sonic devilry created by distorted tri-tone revelry, melodies reminiscent of clipped-wing angels crashing into deserted flatlands and all MC-ed by paint-thinner vocals can only result in the listener pining for a bleach shower and several long sessions with a therapist.