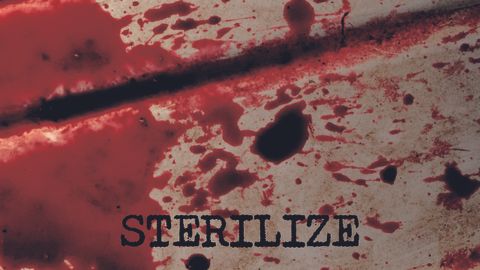 Should you want to hear music that sounds like a terrifying midnight sprint through an alien city as all manner of monsters and maniacs snap at your heels, singer/ guitarist Chris Spencer and his loyal henchmen, bassist Dave Curran and powerhouse drummer Vincent Signorelli, are still very much your men. Sterilize arrives in the nick of time, as the American Dream is lazily torched by fuckwits; never has Unsane’s music felt more apt or more in tune with the Western world’s mounting, disgruntled paranoia and division. It certainly helps that Sterilize is a full-blooded return to the classic, remorseless sound that made albums like 1998’s Occupational Hazard and 2005’s Blood Run so compelling. In contrast with the scattershot diversity of 2012’s Wreck album, the band’s eighth full-length is essentially one huge streamlined slab of rampaging hate rock; Curran and Signorelli remain one of the most destructive rhythm sections in heavy music and as they batter and crunch their way through the vicious No Reprieve, the flailing, desperate A Slow Reaction and the bristling, punch-drunk trawl that is album closer Avail, Chris Spencer sounds audibly motivated by their intensity. His vocals have never sounded more incensed nor his guitar playing more brilliantly chaotic and wild. An undeniable return to top form and a superb entry point for the uninitiated, Sterilize will make you hate again.