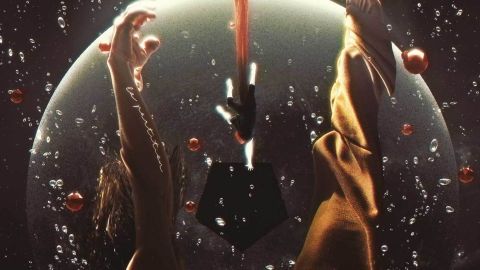 Uneven Structure lie somewhere between the progressive rock of Karnivool and the groove-led technical prog metal of bands such as TesseracT.

While they’ve been around for a decade now, it’s on this, their second album, that their hard work has finally paid off. At their most theatrical – tracks like Incube and Succube – the band manage to retain a pleasing level of heaviness while blending quieter passages of atmospheric touches between the technical elements. There’s something a little Devin Townsend about Our Embrace, a dark and atmospheric number that juxtaposes melodic, spaced-out lead guitar parts with both lighter and more muscular sections. As with the best moments on the record, it’s when they strip back the dense riffs to a more groovy, accessible baseline that the track hits its peak. Having been a part of the first emergence of the modern tech metal scene insulates them to some extent from any charge of disingenuity, but tracks such as Brazen Tongue veer too close to TesseracT for comfort. Mainly, though, Uneven Structure have their own thing going, and on La Partition they’ve managed to make all the pieces fall together – punishing riffs, tight grooves, melodic leads and a stunning vocal turn by frontman Matthieu Romarin.