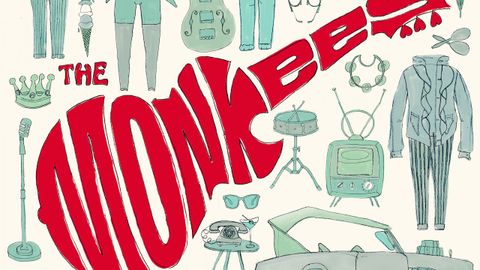 This, The Monkees’ twelfth album, their first since 1996’s Justus, reunites Micky Dolenz, Peter Tork and Mike Nesmith (Davy Jones died in 2012). Like their 60s albums, it’s a hodgepodge of self-penned songs and songs written by others, with a few vintage rave-ups thrown into the mix – ‘mix’ being the operative word for this patchy affair.

Had it been a whole album of labours-of-love from Monkees fanboys it might have been a conceptual triumph. Fountains Of Wayne’s Adam Schlesinger is the Darian Sahanaja of the piece, producing the album and supplying the perky, power pop-ish Our Own World. The inch-perfect beat-pop of You Bring The Summer is dream-come-true territory for XTC whiz Andy Partridge (a Monkees acolyte since childhood), who pitched several tracks for the project.

Rivers Cuomo’s She Makes Me Laugh is a shiny update of The Searchers’ Needles & Pins, while Paul Weller and Noel Gallagher’s Birth Of An Accidental Hipster – all backwards guitar, music-hall middle-eight and Itchycoo psych - compresses as many 60s pop tropes into three minutes as possible. Only Death Cabbie Ben Gibbard’s Me & Magdalena lacks the sunshine sparkle of the other commissions.

The rest of the album comprises reworked material from the vaults by Neil Diamond (Love To Love, sung by the late Jones), Messrs Boyce-Hart (Whatever’s Right) and Harry Nilsson (the title track, featuring a beyond-the-grave duet from Nilsson and Dolenz), plus some forced jollity from Dolenz (I Was There [And I’m Told I Had A Good Time]) and a creepily titled entreaty (Little Girl) from Tork. Only Nesmith’s baleful, baroque I Know What I Know gets to grips with what a Monkees album from three wizened 70-somethings might be like, but it appears to belong to a completely different album.