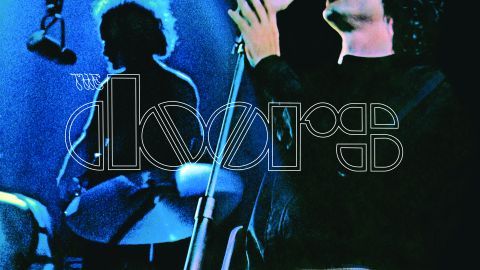 Apart from being reissued on limited edition midnight-blue vinyl, Absolutely Live remains the “organic documentary” that The Doors and their producer Paul A. Rothchild envisaged.

Recorded at various East Coast venues and two Monday night shows at the Aquarius Theatre in Los Angeles between August 1969 and June 1970, Absolutely Live captured The Doors on the rebound from frontman Jim Morrison’s Miami bust right before they recorded their fifth studio album, Morrison Hotel.

It remains captivating, with the band’s technical excellence highlighted by a rough R&B approach in places as they ditch psychedelia and give Morrison his head on spectacular versions of When The Music’s Over and the Alabama Song medley, climaxing in a crunching Five To One.

The real draws here are the otherwise unreleased material. Bo Diddley’s Who Do You Love sets that scene, but Love Hides and the moody Universal Mind, in which Morrison confronts his public image, are key songs. Best of all, however, is the Dead Cats, Dead Rats rap, which addresses the Days Of Rage riots that ripped through Chicago. And when The Celebration Of The Lizard finally comes along it proves to be a transcendent performance-art marvel.

The only downside is keyboard player Ray Manzarek’s boisterous take on Willie Dixon’s Close To You. The rest is peachy, though. Give the singer some.