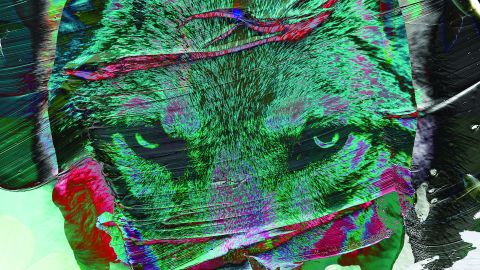 Six of the Stereophonics’ reassuringly consistent nine albums have topped the UK chart, so as they hit double figures it’s easy to take the band for granted. It’s easy too to forget that Kelly Jones’s strangely affecting rasp combines swagger and the pathos of struggling everyday folk. Always rueful, sometimes self-lacerating but never treading water, Scream Above The Sounds should dispel a few Stereophonics misconceptions.

When they play to their traditional strengths, most exhilaratingly on anthem-to-be softwareuiphraseguid=“e0ec3098-93b5-4059-9c1b-4eea1f26c187”>Cryin’ In Your Beer and the breezy Caught By The Wind, they’re all walloping choruses and galloping guitars, but when they take chances things get really intriguing. Looking back to move forwards, the vulnerable, impossibly bereft Before Anyone Knew Our Name is just Jones and a piano, taking in sacked drummer Stuart Cable’s death with a vulnerability that suggests emotions are still raw seven years on; the layered, brass-laden What’s All The Fuss About? is a glittering state-ofthe-nation address and, for a moment, Geronimo almost breaks into The Waterboys’ A Girl Called Johnny.

By any yardstick, this album is good work.