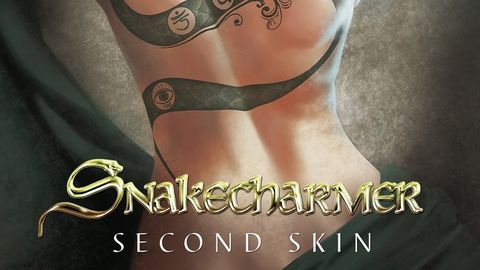 Since Snakecharmer’s 2013 debut and the departure of tour guitarist Micky Moody, bassist Neil Murray is now the only Snakecharmer member who was ever in Whitesnake. Which is slightly awkward for a band founded to appeal to fans of Coverdale’s band circa 1979-81 and who, live, play a set that is 50 per cent ’Snake covers.

On this second album, though, on which Snakecharmer have hardened their sound a little, it’s again 100 per cent originals. They are still fronted by Heartland singer Chris Ousey and their new recruit – respected blues circuit hotshot Simon McBride – matches the calibre of other founding members guitarist Laurie Wisefield, Adam Wakeman on keyboards, and Thunder/Magnum drummer Harry James.

The result is unoriginal but polished, working best when Ousey leads them through quasi-Coverdale classics shapeshifted into the melodic hard rock of Follow Me Under, I’ll Take You As Your Are and Where Do We Go From Here, or the bluesier Fade Away.