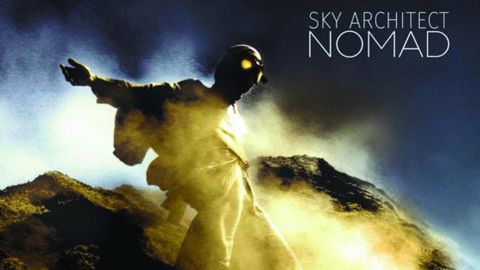 From the first technical keyboard run on opener Wasteland, it’s clear that Sky Architect are serious about showing off their chops.

Falling somewhere into the nebulous jazz fusion genre, this album has the same approach to chords and harmony found in the music of bands such as Godsticks, but with a more classic rock approach. The sprawling Endless Roads might not be the most remarkable track instrumentally on the album, but there’s a solid vocal performance from guitarist Tom Luchies that keeps the energy level up. Sandwalker has a King Crimson feel to it, especially in the acrobatic guitar and synthesiser figures in its middle eight. The break into a sparser, more rhythmic variation of these patterns, where the instruments stop and start around a cascading guitar arpeggio, is probably the finest single moment on the album. On some tracks, however, Sky Architect opt for a more straightforward, rockier style, and this suits them well. Dune simplifies things, staying comparatively restrained right up until its climax. On the album closer Into Singularity, sections of spidery, proggy riffs give way to an extended, laid-back outro complete with a sax solo that rounds the album off on a confident note.