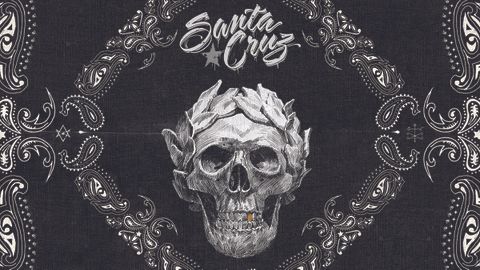 Three albums in and Helsinki’s Santa Cruz are beginning to stray from their template. 2013’s Screaming For Adrenaline and its self-titled successor established them as turbo-charged Skid Row acolytes with a penchant for scuzzy, soaring guitars and stomp-along choruses. This time around, the near-title-track Young Blood Rising, the self-explanatory Fire Running Through Our Veins and Pure Fucking Adrenaline, plus the anthemic Voice Of The New Generation re-state their case, while Johnny Cruz’s dazzling guitarwork on River Phoenix is the sound of a man who’s as good as he thinks he is.

But, these Finns are not entirely what they used to be. Breathe opens with some nifty whistling before Archie Cruz rasps over a pretty melody, strings and choral voices. Get Me Out Of California is better still: a scarf-waving ballad, which explodes into no-holds-barred frenzy. It’s the song of their career and it’s the song that might make their career.