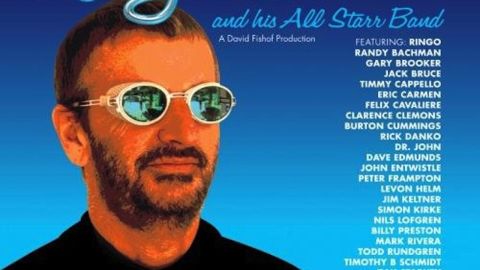 Ringo‘s All Starr Band is a bit like the best wedding band in the world.

Formed in 1989 after a spell recovering from alcoholism, Ringo assembled a band that at various times included Jack Bruce, Dr. John, Dave Edmunds, John Entwistle, Peter Frampton, Levon Helm, Nils Lofgren, Billy Preston, Todd Rundgren, Zak Starkey and Joe Walsh. They tour regularly, performing a selection of Ringo’s own hits, some Beatles numbers and a few rock classics. This three disc set assembles all the live albums from all of the tours to date. If you were there you have to have it. If you weren’t… let’s just say that you’d have had a better time if you had been rather than just listening to the albums.

Obviously it’s good, well played and all, but it’s a bit like listening to a recording of a karaoke show. That might actually be Peter Frampton singing Show Me The Way or Gary Brooker on A Whiter Shade Of Pale or Ringo on Back Off Boogaloo. It might as well be your fat mate Des after his tenth pint though.