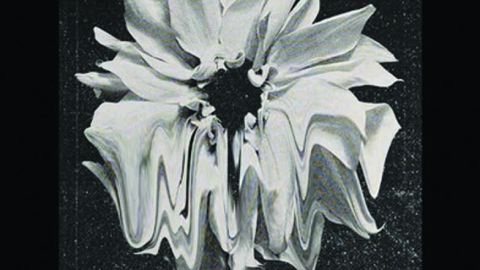 When Rich Wilson opens his Porcupine Tree biography Time Flies with an account of the prog rockers’ inconspicuous debut gig in a small pub in 1993, it nails this project’s authenticity from the get-go. Wilson was one of the lucky few there, eyes and ears taking it all in, and the writer – who regularly writes for this publication – was also at Steven Wilson and co’s last show at the somewhat more palatial Royal Albert Hall in 2010, and no doubt many concerts in between. It’s this first-hand knowledge that lifts Time Flies beyond from just being any other biography, with the book – which also includes a series of rare images – feeling comprehensive and compelling.

The narrative is, of course, sculpted around main man Steven Wilson, chronicling his passage from a wannabe conjuring up music in his parents’ home to one of prog’s leading lights. The cast of supporting characters is plentiful, from bandmates to videographers and label bosses, but they feel like they’re there mainly to service Wilson and his vivid visions. Through archive interviews and the author’s own chats with those involved, we learn about Wilson’s journey – built on a foundation of indefatigable energy and prolific creativity – from a shy lad in the 1980s toying with psychedelic adventurism to Porcupine Tree’s ringleader in the 1990s and beyond. Band colleagues Richard Barbieri, Colin Edwin, Chris Maitland, Gavin Harrison and John Wesley are largely full of praise for Wilson, but it’s the moments that dig a little deeper which make Time Flies truly shine. There’s the sparsely attended early gigs and the prolonged battle for recognition, while the dynamics of Wilson’s control over Porcupine Tree makes for engrossing reading. Don’t expect many rock’n’roll stories, though – the band seem like they’d be more interested in peppermint tea than partying – but the departure of ex-drummer Maitland does provide a bit of drama. The later years are also covered well as the band’s diversion into heavier hues helped them hit new heights.

Porcupine Tree’s indefinite break came when they were on the cusp of performing in arenas, and while Wilson subsequently has gone on to forge a massively successful solo career, long-time stalwarts like bassist Edwin have somewhat been left in the lurch. Will they ever reunite? Who knows, but as Time Flies superbly documents, after decades of hard graft it feels the band deserved some time off. A couple of gigs or a final album to provide a closing chapter to Porcupine Tree’s colourful story wouldn’t go amiss, though.