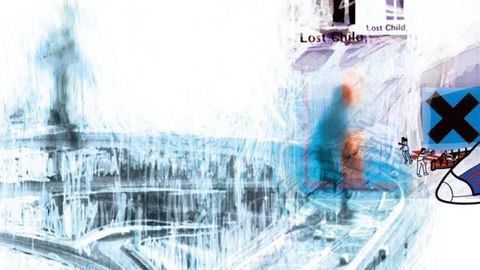 An epochal album that called time on the narrow colloquial nostalgia of Britpop, sold over eight million copies and transformed Radiohead into global angst-rock superstars, OK Computer turns 20 as both revered critical milestone and oft-mocked symbol of pretentious overreach. Digitally remastered from original analogue master tapes and reissued with new material, including three previously unreleased tracks and reams of extra artwork, Radiohead’s compendium of pre-millennial tension is not quite the flawless masterpiece of fond folklore, but it holds up extremely well. It still sounds rich, beautiful, mysterious, romantic, anguished, baroque and thrillingly experimental.

With hindsight, knowing how deeply Radiohead would delve into artfully deconstructed jazztronica on later albums, it is striking now just how much of a guitar-centric rock unit they still were in 1997, from Jonny Greenwood’s wrenching avant-punk convulsions in Paranoid Android to the luminous filigree arpeggios that shimmer through No Surprises. A couple of more conventional guitar-bloated tracks, Electioneering and Climbing Up The Walls, have not aged too gracefully. But otherwise OK Computer is a pristine 53-minute song cycle, and arguably one of the last great examples of an album as a coherent end-to-end listening experience.

Blazing guitars also feature prominently among the additional non-album tracks and B-sides, notably Pearly, which lays down the blueprint for Muse at their most gloriously bombastic, and Palo Alto, a sci-fi social commentary powered by scorching Pixies-style shotgun riffs. But of course, the main event here is the trio of newly unearthed tracks, all road tested live in the mid-1990s but shelved during the OK Computer sessions.

In an impressive testament to Radiohead’s lofty quality standards, all three are prime grade cuts. I Promise, set to a martial beat and metronomic guitar strum, opens like Nirvana’s All Apologies before Thom Yorke’s soaring falsetto sweeps it aloft to towering Roy Orbison heights. Man Of War, previously called Big Boots (Man-o-War), is a dramatic guitar anthem that the band first recorded in 1998, but disliked the results. This version sounds great, all surging riffs and windswept James Bond grandeur.

Meanwhile, Lift is a plaintive power ballad with a sinewy jazzy tempo that builds into an emotionally charged, bittersweet epic. This recording sounds uncannily similar to a live YouTube clip from 1996, and may even use the same source material. In any case, all three are worthy additions to the Radiohead canon, enhancing and enriching an all time classic album rather than diluting it.