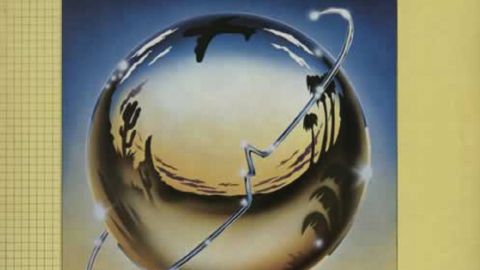 For any chart-watcher of the late 1970s, Quantum Jump were one-hit wonders, but this welcome Esoteric reissue of their debut album casts them in a much more deserving light.

The Top 5 tune in question, The Lone Ranger, got them on Top Of The Pops as a 1979 remix, but the original resided on this first album from three years earlier. The masked men of QJ were studio maestros to a man, fronted by now-esteemed producer Rupert Hine, with Mark Warner on guitar, former Caravan member John G. Perry on bass/vocals, and drummer Trevor Morais, previously with The Peddlers. The chart success not only overshadowed the quartet’s technical brilliance, but it also mislabelled them as popsters when the album was an exercise in progressive experimentation. Alta Loma Road, for example, begins and ends in yacht-rock melodicism but takes off into jazz rock in the middle. Something At The Bottom Of The Sea is equally ambitious, mixing acoustic guitar, bass and cosmic synths across eight minutes. This hidden gem now adds the later hit version of their signature song, among other remixes. Tonto rides again.