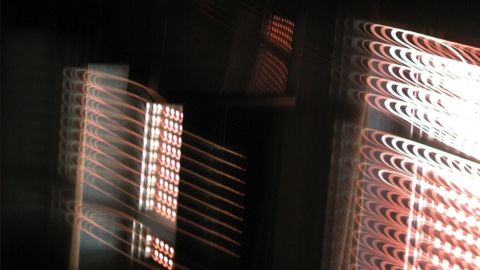 Celebrating what he’s calling his “golden years”, Van der Graaf’s wiry 66-year-old principal is still resolutely swerving the straight path. On …All That Might Have Been…, his 32nd (!) solo album, the smudged city-at-night sleeve art implicates what’s inside before the 21 track names nudge your imagination too.

This is a time-travelling space-noir drama, a 48-minute continuous cinematic score suited to the chrome lounge of a 23rd century jazz club, with sex and violence at its scraping, shadowy core.

The classic rock references are few, as Hammill’s worldview is that of the artier expressionism of Bowie’s Berlin years and Scott Walker’s Climate Of Hunter. The textures used are isolated and disturbing. Tracks such as In Overview’s brooding desert rock setting up the stark, Space Oddity loneliness of Can’t Get Home.

After a perilous romantic wrangle, the ambient menace of Washed Up penetrates Drifting Through’s staticky pop lurch into the final pitfall of He Turns Away. It’s all hair-raisingly steered by Hammill’s multitracked warble – the sound of a sonic time lord in his latest regeneration./o:p