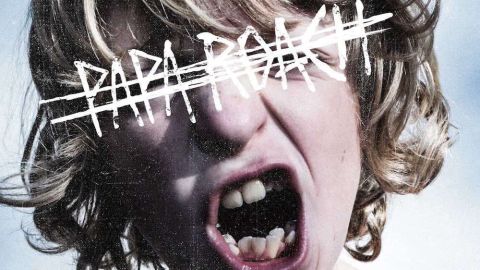 Though a stopped clock is guaranteed to tell the time correctly twice a day, the suspicion lingers that Papa Roach’s was smashed to bits sometime around the turn of the century. Moreover, thanks to the encouragement of long-term fans and producers Nicholas ‘RAS’ Furlong and Colin Brittain, Papa Roach have elected to return to the sound of their breakthrough album, Infest, with an emphasis on Jacoby Shaddix’s rapping.

And therein lies the problem. As rap and hip-hop constantly move forward to explore new techniques, sounds and meaning within ever-expanding boundaries, here Papa Roach sound less like a band returning to their roots and instead one stuck inside a time loop from which they can’t escape.

Characterised by much petulance and feet stamping, the whole thing is summed up by Sunrise Trailer Park’s key line, ‘I’m still haunted by the best years of my life.’ So are we.