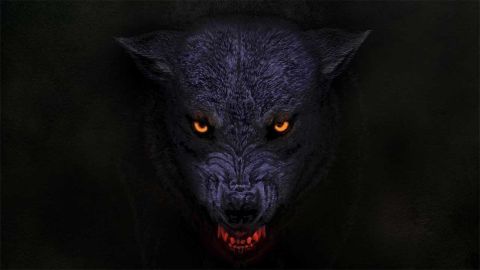 The Wolf Bites Back

Twenty three years is a lifetime in rock’n’roll, and those years have sometimes hung heavily on Orange Goblin. There have been moments where you got the sense that the struggle of being an underground metal band was grinding them down. Not any more. The Londoners’ ninth album sounds like the work of a band drunk on life. It’s a bolshie, belligerent, bear of an album whose in-yer-face front hides a street-smart intellect.

Like every Orange Goblin album, The Wolf Bites Back’s heart is in the past, though this time they’re moving beyond the usual Sabbath/Motörhead axis without completely throwing the baby out with the bathwater. The likes of air-punching rumble-in-a-biker-bar anthem Sons Of Salem and lovingly raucous Lemmy tribute Renegade are offset by flashes of brilliant strangeness: the spiralling instrumental, denim-clad psychedelia of In Bocca Al Lupo, the low-slung beginning and phased ending of Ghosts Of The Primitive, the desert-dry country-blues doom of The Stranger, in which a husky-voiced Ben Ward sounds virtually unrecognisable. It’s not reinventing the wheel so much as bashing into a slightly different, yet still fundamentally wheel-like shape.

It’s not clear what’s changed. Ben Ward has cited the likes of The Stooges, early-70s psych rockers Captain Beyond and, most interesting, German avant-gardists Can as influences. The presence of the latter is barely detectable anywhere on the album musically, let alone the beery hardcore-leaning eruption of Suicide Division, but Orange Goblin have taken on the krautrockers’ experimental MO and used it to slowly but perceptively dismantle their own boundaries.

Even if they hadn’t consistently made great records, you have to applaud Orange Goblin for the fact that their outlaw spirit has seen them overcome the obstacles that have threatened to derail them. ‘Form an orderly queue for the grave’ growls Ben on the flagons-aloft rabble-rouser Burn The Ships. On this showing, his band are a long way from the end of the road.