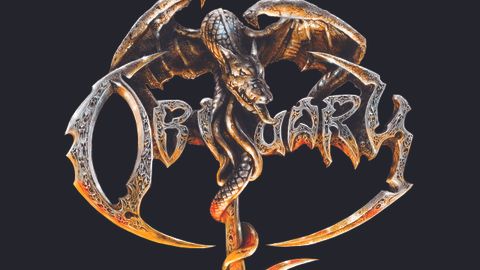 Obituary have always embodied their ‘meat’n’potatoes’ form of death metal, never mincing their words about being proud flip-flop-wearing, beer-drinking rednecks – and it’s never been truer on a musical level than on this 10th full-length. With 10 tracks and a mere 33 minutes of music (including the title tracks from the recent Thousand Ways To Die EP) and Brave’s opening blink-and-it’s-gone thrashy salvo that instantly jumps at your throat, the whole operation feels like a blitzkrieg campaign – a smart move considering they’ve made the mistake before of dragging out albums for too long (Darkest Days, anyone?). Right from the get-go there’s a palpable urgency here that rarely, if ever, lowers its intensity. While this means the creepy atmosphere of some of their earliest material is now dead and gone, Obituary haven’t sound this pumped up in over a decade and have sequenced the record so it could be instantly assimilated. There are still some classic Obie moments, not least Sentence Day and Straight To Hell, but they’ve traded their decades long obsession with Celtic Frost’s galloping tendencies – even if they still proudly have that guitar tone – in favour of Black Sabbath’s most heavy metal leanings. Turned To Stone, for instance, feels like a death metal take on some unreleased Heaven And Hell riffs.

But the album’s blessing is the band’s latest recruit, Kenny Andrews. After a rather modest first round for 2014’s Inked In Blood, the lead six-stringer might just be what Obituary needed to beef everything up, as not only does he offer a solid mix of his predecessors’ styles – Allen West’s whammy bar madness, James Murphy’s more melodic ideas – but his more emphatic leads actually enhance the whole dynamic of going for it like a bull in a china shop. In short, Ralph Santolla he ain’t. Obituary might hardly take any real risks here, and some may still mistake their practical attitude for lack of ambition, but all this makes this the best Obituary album in over a decade, or even more.