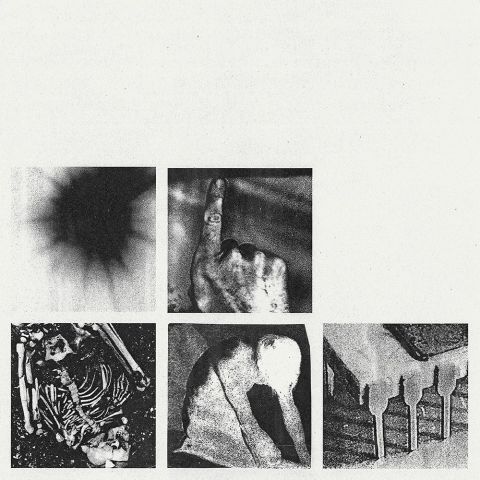 Metal rusts; technology corrodes. It consumes its source materials, poisons its environs, enslaves its creators. It’s the message of Ahead Of Ourselves, the distorted dubstep keystone of Nine Inch Nails’ ninth album, Bad Witch, which tackles humanity racing ahead into environmental and technological oblivion without a thought for the consequences. It’s also the crux of the album itself – a record of tech-rock rotted to the core.

For more than a decade, Trent Reznor and his revolving cast of sidekicks (currently long-standing collaborator Atticus Ross) have been testing the possibilities of on-stage visuals, net-generation album releases (virtual reality games, BitTorrent giveaways, records designed for computer-savvy fans to remix) and just how foul electronica could get, and Bad Witch feels like destination reached.

Half an hour of electro-rock noise and evil jazz that sounds like Skrillex’s back-up files have corrupted, it grew from the third of a trilogy of EPs, following 2016’s Not The Actual Events and 2017’s Add Violence, and does its damnedest to sound like the end of music, if not days.

Of the album’s six tracks, the two instrumentals are the most evocatively ruined. Play The Goddamned Part sounds like an annihilated sci-fi war zone haunted by the ghosts of nightclubs and patrolled by warbots constructed from the shrapnel of jazz saxophones.

The more ambient I’m Not From This World feels like sticking your head into an alien death race’s knackered fusion drive and getting a face full of proton beam. Elsewhere, remnants of rock’n’roll survive the sonic desecration; Shit Mirror is an electrified slab of motorik, buzz-saw garage funk rock that finds Reznor raging against the ravages of age like the most ferocious young trash punk, and Ahead Of Ourselves could even pass for a Slaves song. That is if Slaves ever found themselves strapped to the bonnet of the murder truck from Duel with their nipples wired up to the battery and their arses stuffed full of asbestos.

It all reflects the corrosion of the millennial age, personal, political and ecological. Reznor even flings faith to the wind on God Break Down The Door, a deranged amalgam of gabba techno, Scott Walker vocals and free jazz. The final, eight-minute Over And Out acts as Reznor’s relatively serene farewell to this scorched earth, crooning ‘Time is running out’ like Bowie ascending to a less doomed dimension, and Bad Witch emerges as a record not so much of our times, but of our scavenging, tornado-whipped grandchildren’s.