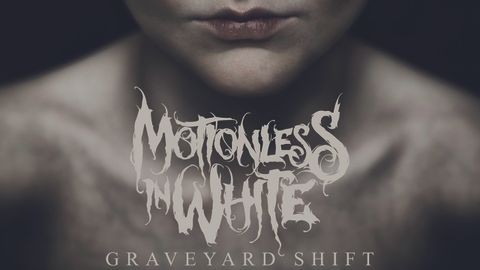 David Lynch-iansynth stabs kick off the fourth effort from the Pennsylvanian goth rockers, and opening track Rats is a straightup homage to Marilyn Manson with its driving beat, thick walls of sonic fuzz and profanity-laced lyrics. ‘Shut your mouth before I fuck it’, hisses Chris Motionless, in one of many moments of overblown nastiness. Necessary Evil could be a Korn track even without the Jonathan Davis cameo, and if you can excuse the slightly cringy roar of ‘You’re mine, motherfucker!’ at the beginning of Soft, there’s a powerful chorus in there. It’s not the only time the lyrics feel a bit teeny – ‘If she’s got a SOFTWAREmark” gingersoftwareuiphraseguid=“65ba551c-809f-45ef-b153-41a101051eef” id=“6ad63d8e-8bdb-42f1-b28a-a4f5cb3a85cc”>pulse then she’s not my type’ from Not My Type: Dead As Fuck 2, feels a little budget-Hammer Horror, but the added cackles in the background suggest that could be intentional. There’s another horror homage with a Neon Demon vocal sample at the start of The Ladder, which riffs on Gotye’s 2011 hit with the line ‘Now you’re just somebody that I used to fuck.’ It’s these little touches that add interest to a record that largely continues, rather than reinvents, what Motionless In White are about, but there are enough singalong choruses and stomping riffs to satisfy diehard fans.