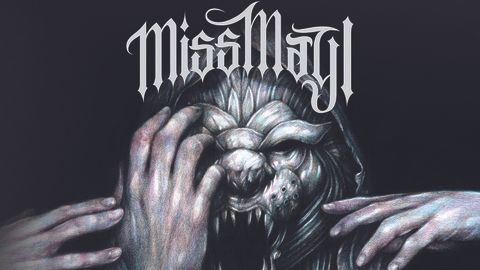 Unleashing a riff worthy of Megadeth, Miss May I’s sixth album – their first with Sharptone Records – and their “most honest record” kicks off with the title track, an epic declaration of rising from the flames and striding headfirst into a new era. Dedicated fans will be pleased to know this doesn’t mean a switch in musical direction (they’re not pulling a Suicide Silence, don’t panic) but rather a continuation of the elements they know they’re good at. The melodies are assured and strong, and the message of defiance and resistance is carried over into Under Fire, which is driven by Levi Benton’s snarl and demonstrates how easily this band can sway from ambient melodic metalcore to balls-out passages of guttural darkness. The interplay between the rough and smooth means even the acoustic, Spanish guitar-style intro of My Destruction doesn’t sound out of place; for anyone who found Upon A Burning Body’s Latin-influenced last album interesting rather than irritating, this should have a similar effect. The high point comes in the form of Death Knows My Name, its Avenged-style stadium pomp and a backdrop of cascading riffs that verge on proggy providing the sonic bed to a poetic tale that lyrically evokes Sing The Sorrow-era AFI’s gothic metaphors. This is how to keep metalcore interesting.