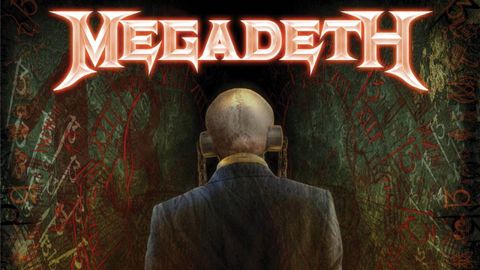 The reinstatement of bassist David Ellefson was always going to lead to interesting times for Megadeth. And so it proves on an album that has a lot in common with Rust In Peace and Youthanasia.

If Endgame in 2009 showed that Dave Mustaine still had a real power and desire to make music with melody and a brutal groove, then this time out, it appears that he and Megadeth have been a lot more thoughtful and thought-provoking.

Songs like We The People and Never Dead each have a feel of being a force majeure, while Public Enemy No. 1 defies you to hum it in your sleep. Both Fast Lane and Black Swan are close to being more hard rock than metal (no band thing), while Wrecker has a groove close to AC/DC.

A few of these songs were actually written for previous albums, but have finally made it into the recording studio. However, this shouldn’t detract that Megadeth appear to have rediscovered something that’s been lost for too long: a fervent and deep-seated commitment to world-class heavy music.

Whether this will become regarded as classic remains to be seen, but it’s certainly going in the right direction.