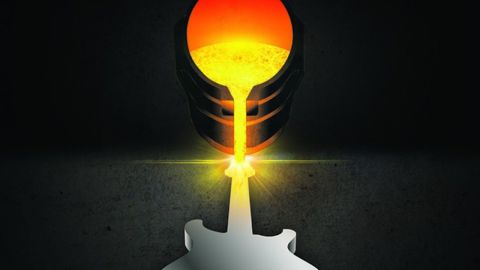 Always in the shadow of Ian Anderson in Jethro Tull, hardly Page to his Plant, Martin Barre is nonetheless respected among his peers, collaborating with Phil Collins, Gary Moore and the odd Beatle.

While it may be a touch wishful on Martin Barre’s part to claim that this, his sixth solo album, is his “most important work”, at three score years and something, he does still know his uniquely mazy way around a fretboard.

This collection, marking half a century in the business, doesn’t contain much that’s likely to detain the young ’uns but does offer an overview of a career that saw him progress from barroom blues to stadium rock.

And so, in non-chronological order, we flit from Smokestack – an adaptation of an old Howlin Wolf number that pays earthy tribute to his 60s days on the Birmingham blues club scene – onto a heavy rock arrangement of Eleanor Rigby, referencing the week he spent playing with Paul McCartney.

He nods to Tull with covers of Skating Away and Slow Marching Band, while in-between he shows his present-day strengths with the bluesy, meaty, bouncy Bad Man and the poignant slide of Without Me.