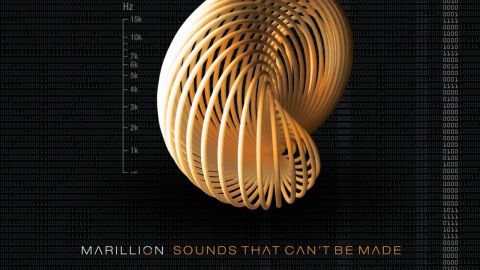 Famously, Marillion’s self-financing model was cited by writer and social psychologist Malcolm Gladwell as the moment when a new proposition for the music industry began to emerge. He would be pleased to know that 17 albums into their career, the band are still bursting with ideas.

Take, for example, Pour My Love, one of the more low-key songs on this complex, often beautiful record. What begins as straightforward and sweetly sad is suddenly swept from minor to major. It would have been a lovely song anyway, but it’s this restless refusal to settle that has become Marillion’s hallmark, and it’s something that makes their records hard to review under the normal timescale because so often the detail reveals itself slowly, and impressions shift like shadows.

Sounds That Can’t Be Made has eight songs, but the shortest of them are six minutes long. The thunderous and atypical opener, Gaza, runs to 17; Montreal is 14; The Sky Above The Rain over 10; and all command attention with the range of their invention. Montreal is a road song, The Sky Above The Rain about a failing love affair. They drip with longing and regret, and no one delivers those emotions quite like Marillion.

As Gladwell noted, they are genuine originals.