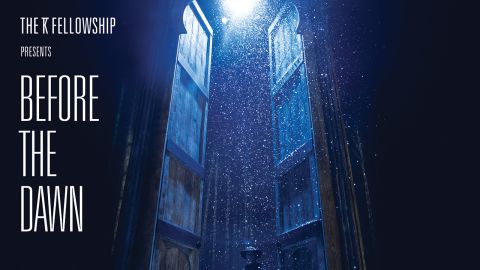 When Kate Bush announced to much surprise that she was playing 22 shows at Hammersmith in 2014, 35 years after her only previous tour, anyone hoping she’d flounce on stage in Pre-Raphaelite frocks, cooing all her greatest Bronte references and sneaky-wife stings would have been disappointed.

Before The Dawn was a theatrical extravaganza revolving around her two major ‘song cycles’: the Sky Of Honey disc of 2005’s Aerial and The Ninth Wave’s lengthy drowning from Hounds Of Love. An opening section featuring Bush – in magnificent voice throughout – veering from hawk-screech to sugar-lilt on Hounds Of Love and Running Up That Hill was as crowd-pleasing as it got. Divorced from the visual spectacle – puppets, illusionists, avian transformations, ticker-tape poetry – and the thrill of watching actual Kate Bush actually singing, this audio recording is akin to John Lennon being resurrected to perform the Wedding Album – i.e. only mildly amazing.

The Ninth Wave, here expanded with scripted scenes, bristles with a hypnagogic lost-at-sea urgency and quasi-religious menace but suffers from rock-opera overindulgence – four minutes of monks? Likewise the birdsong-festooned Sky Of Honey fares better melodically thanks to the light-footed flamenco of Somewhere In Between and the strident Aerial. But no one’s here for six minutes of actor Albert McIntosh barking through Tawny Moon.

Unless you flaunted the filming ban, wait for the DVD.