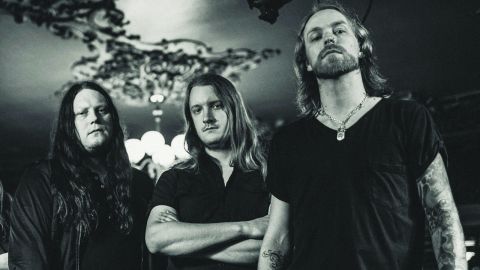 When Katatonia unveiled Last Fair Deal Gone Down in 2001, it served as the first taste of what they were

To celebrate, the band performed the album on their 20th anniversary tour 10 years later and this four-disc set contains audio and video footage from their headline performance at London’s Koko, as well as a rare documentary on their career narrated by singer Jonas Renkse, guitarist Anders Nyström and long-serving ex-drummer Daniel Liljekvist. Contrasting high-contrast treatments against grainy black-and-white close-ups and flickering oxidisation effects, the footage is simply breathtaking, Jonas’s glassy baritone being the only guiding light through their black cloud of morbid majesty. After the heavy-hearted symphonies of the first set, the second sees them explore other misery-soaked gems over their legacy, from the death metal exploits of their early years through to more recent atmospheric-led musings such as My Twin and Forsaker. Whether you’re a dabbler or a diehard, this mediabook designed by long-time collaborator Travis Smith captures Stockholm’s dark knights at their pain-inflicted best.