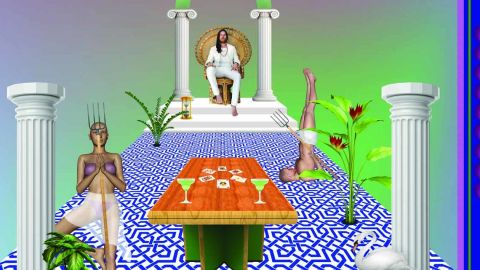 As a respected record producer – he was working alongside Roger Waters while making this, his third album – Jonathan Wilson is the kind of music wunderkind it would be quite easy to loathe if he weren’t so damn good. As well as some kind of modern-day production wizard, Wilson has already released two lauded records that have shown off his impressive singer/songwriting chops, but for album number three, he’s less Tom Petty and more Talk Talk. Built around a failed relationship and production notes that echo Trevor Horn’s stellar work through the 80s, Wilson has (not unlike Steven Wilson) maintained his eclectic, musical shades (he can conjure up Roger Waters, folky musings and hard pop as if on a whim), while adding a harder, commercial sheen. Like the other Wilson, that might infuriate people in some quarters who like what they know and know what they like, but Wilson’s moving determinedly forward, and gloriously so. Dense, colourful, wonderfully realised, there are George Harrison hooks (Miriam Montague) and songs that could have appeared on a Manics album when they’re at their most pop (There’s A Light), but it’s all dizzyingly and infuriatingly good.